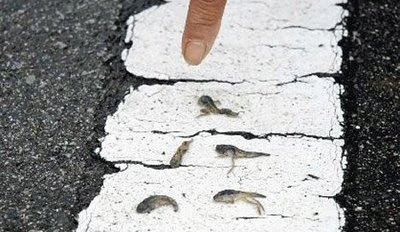 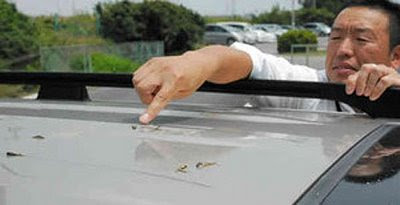 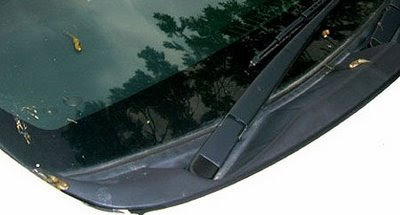 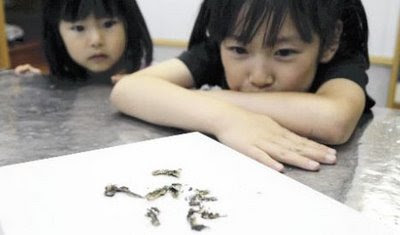 Over the past few weeks, people in Japan have been witnessing tadpoles, fish and frogs fall from the sky. Ever since the strange phenomenon was first observed in Ishikawa prefecture on June 4, reports of animal rain have been pouring in from prefectures across the country.
So far, nobody has come up with a plausible explanation for the animal rain. Although some people believe the tadpole showers may be the result of weather disturbances such as waterspouts, no meteorological agencies have observed strong wind or unstable weather conditions in any of the areas where the rain has occurred. Others believe birds may be spitting up large quantities of tadpoles, although many ornithologists dispute this claim. Still others have suggested it may be the work of human pranksters, or even extraterrestrials.
Publié par Monsieur Dagon à 15:57

Libellés : What the fuck 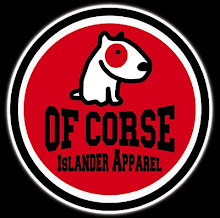